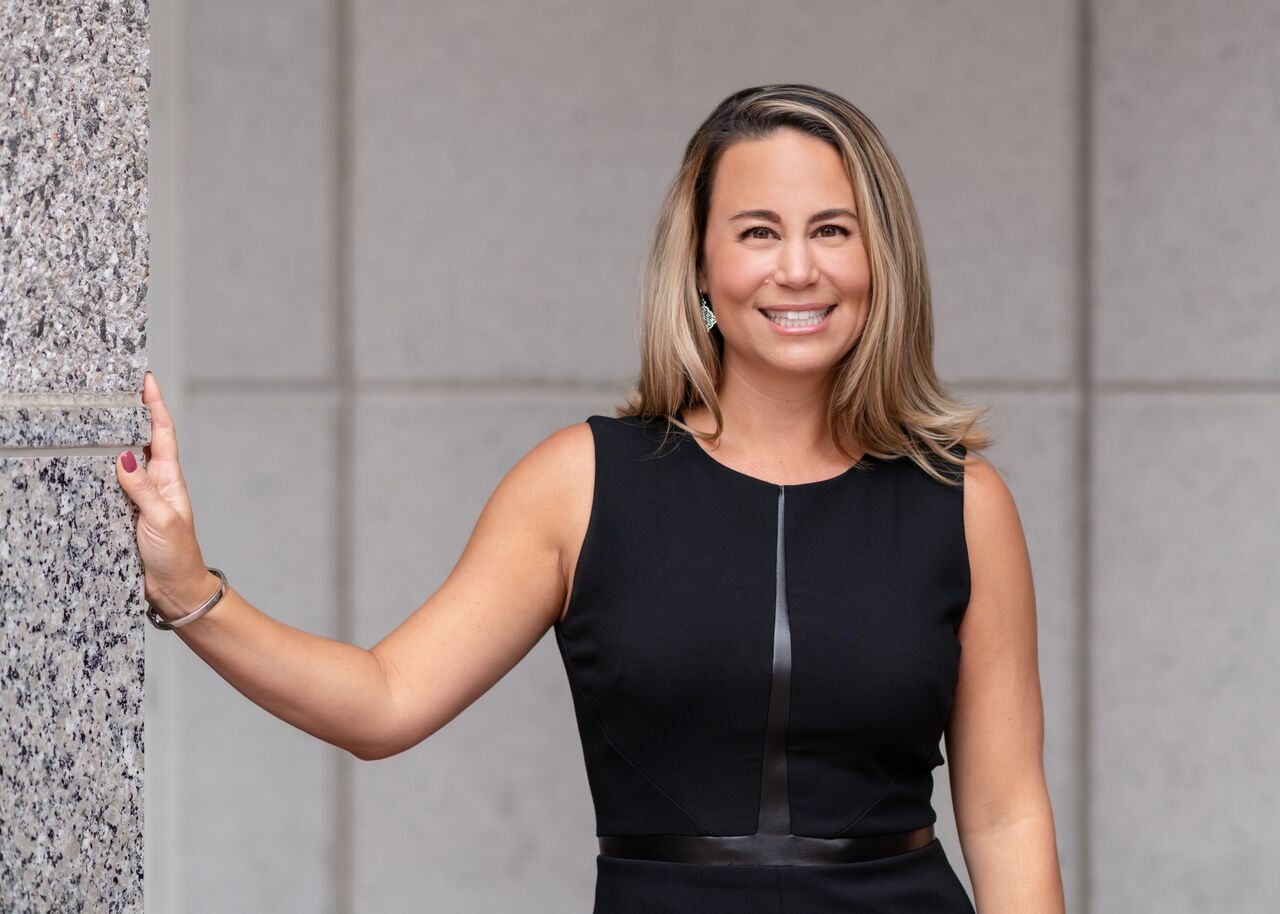 Following a stellar 22-year career in Sales, Sales Training and Sales Leadership, Tina Fox became the Founder of Fox Paradigm Consulting. Her entrepreneurial journey led her to also become the National Chairperson for Women On Course and decide to learn the game of golf. Read her story.

There I was, one of a handful of women selected to attend the national sales meeting at a beautiful golf resort.  The energy in the air was palpable.  The stage was set with colorful lights cast upon a background of geometrics and a large screen awaiting the names of those that would be showcased as “the best of the best”.

To say I was intimidated would be putting it lightly.  But, there was a thrill to it all.  I was new to this world and taking it all in.  Looking at the agenda for the 5 days, I noticed a significant portion of one day was dedicated to golf.

Golf? I don’t play golf. I don’t own clubs and my shoe choice for this national sales meeting was more in line with heels and less in line with spikes.

Since I didn’t know how to play golf, I decided to spend that time, in my hotel room, working on my computer.  Maybe my boss will be impressed that I was doing more work?

A few hours later, I joined the group at the post golf happy hour and dinner.  It was a little awkward to say the least.  I was there, but it was like I wasn’t.  The guys had formed a bond on the course.  I had formed a bond with my computer and missed out on connecting with others.

Humph!! There’s got to be a better way.

Yet another great golf resort, but his time there was a spa too!  Since I still didn’t know how to play golf, I figured that if the company had set aside money for each person to play golf, then perhaps I could use my “allowance” towards the spa?

Turns out, “No go, Tina.  We booked golf for the group and got a significant discount.  We don’t have such a thing for the spa.  You can go if you like, but it’s on your own.” I was a little miffed about the whole thing.  To add insult to injury, the woman telling me this didn’t seem to have any empathy for my situation.

After walking away from “just the facts ma’am” my mind kept repeating, “You can’t change others. You can only change yourself.”

So that’s what I decided to do between year 2 and year 3.  I decided to get a couple of guys to help me learn the game of golf.  Honestly, it was hard. “You need your feet this wide apart.  What’s up with your grip?  Head DOWWWWN!  Where are you aiming?  Pendulum….. Do you know what a pendulum is?  It’s all in the hips.”

The next day my torso hurt, who knew golf was a great core workout?  I kept at it but in the end, I just wanted to know the terms and the etiquette so I would fit in.  I lost more balls than I could count.  I spent more time in the rough, sand traps and looking in streams than I did on anything that was remotely green.

Another nice golf and spa resort.  I signed up for golf this time.  I rented clubs and wore tennis shoes since I didn’t want to invest in equipment and golf shoes. Nobody said anything.  I didn’t have a golf outfit so I raided my closet for a pair of khakis and a top hoping I would fit right in.  I quickly realized one of the benefits of playing golf is the SWAG! Part of the SWAG was a collared shirt with the company logo on it, so I wore that.

Looking like a “mini golf dude” I fit right in with the uniform for the day. I may have looked ridiculous but whatever, let’s do this!  My heart was racing as I saw the three guys I’d be playing with.  One says, “How’s your golf game?” To which I stammered, “Well, let’s just say I know how to keep pace of play and have the etiquette down.” Another snorted, “Then that’s better than the rest of us!”

Off we went.  I won’t lie, my armpits were sweating as I watched the guys head to their tees, before we drove down to the tee area I would be using.  As they hit their drives I quickly realized, they suck!  I was waiting for what I had seen on TV – Tiger, Phil, Arnold….. I figured if these guys played then they must be good?  I was WRONG!!!

My turn. Despite the errant and less than stellar balls just hit, I managed to allow the head trash to unleash…..“You need your feet this wide apart. Am I aiming correctly? Don’t choke the grip. Head DOWWWWN! Pendulum. It’s all in the hips.” Shwack!  And the ball was off and going.  Going so well that in a scramble format, mine was the ball the team chose to use.  Get that?!  We used MY ball!!!  Turns out I’m pretty good with my drive, not so much with the other clubs.  Regardless, I was a contributor and having the extra yards on the forward tees made me a secret weapon in the scramble.  The guys wanted me on their team. Who would have thought it?  Certainly, not me.

There are some valuable takeaways in all of this. The guys may not have been great at the game of golf but darn if they aren’t smart in the game of business! They didn’t look at golf as something they needed to be good at, they looked at it as a means for connecting.  It takes the pressure off to connect with someone when there’s a mutual distraction in play.  In a scramble, it’s a team thing.  Everyone is rooting for the other person.  I love teams!  Instead of being indoors working, I’m outdoors on a manicured course getting in my steps and enjoying my time. Did I mention that the company is paying for all this!?  Snacks and beverages included.  Don’t forget the SWAG.  Yes, I connected with the ball but most importantly, I connected with others.  The road getting there wasn’t pretty but the greens ahead are marvelous!

In that same year, I got noticed. I was put on the high potential list of sales people and the rest is history….or in my case herstory.